Having built this new style 'garden room' here in our factory first, we have now delivered our first garden pod order to site.

Even though we have built over 300 unique buildings over the last ten years the construction of something so different and radical has been an interesting and difficult task.

Just as the first normal rectangular one I ever built took so much longer than expected, this also took so much longer, and even though we knew it from the outset it still surprised us! However, this difficulty once overcome, the sense of satisfaction is all the greater.

Our innovative new skylight design with the angled mirrored linings really does fill the pod with a wash of natural light. We expected this, but it worked even better than we had hoped, they really do disperse the light much more evenly than a normal skylight and to a much bigger area.

This is also actually the first time the pod has seen the 'light of day' and it is an even more dramatic building than in the factory. The shape of the curved walls balances everything as there is no delineation between the roof and the walls. No shadows in the corners, on account of there being no corners! Plus the light is balanced by continual reflection from the walls at all angles, dissipating softly rather than reflecting harshly as it would flat walls would.

Some of these effects were expected but not all, it is not just the shape that is different, it is the whole character inside and out. Even acoustically it is different, with little or no echoes and resonations and of course with its natural shape, it will fit into any garden 'softly'. Even as a stand-alone amongst other rectangular buildings, it proudly and defiantly states its case and puts the others to shame, but being soft and rounded, it does it in a gentle way. 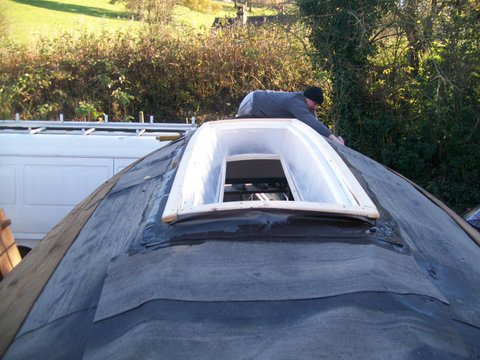 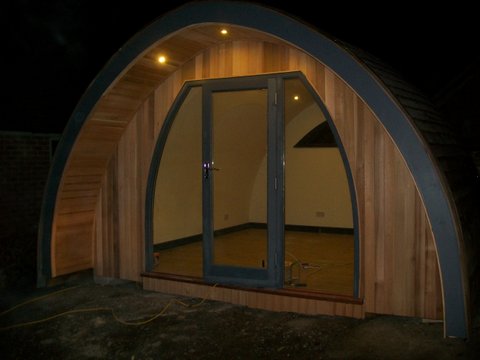